Star Squadron is on hold while I finish up Peripheral, a virtual reality project I started with my good friend Richard AKA Daggasoft. Peripheral won numerous awards last month and earned us 3 HTC Vives and a GearVR for winning the Global Archiact Hackathon. We’re porting the game to Vive and Oculus platforms. Star Squadron isn’t dying, don’t worry. It’s been a 9 year journey thus far. I can wait a few more weeks.

Greetings, Cadets! No 0.03 alpha this week as bigger updates are underway: Having enemies design themselves over time using a Genetic Algorithm. Currently, all enemies in the game are handmade. Crafting each enemy takes a really long time, and it’s time that could be better spent on building other gameplay features. Besides, seeing the same enemies over and over again makes the Star Squadron repetitive and linear. The Swarm is built from the destroyed remains of ships they’ve encountered, as well as Swarm ships you’ve destroyed, so no two ships should look exactly the same.

Howdy, Cadets! First and foremost, a heartfelt thanks goes out to all my supporters. It’s empowering to know there are so many people standing behind me and so many people who love space games like I do. This week’s update is a bit special: It’s an Oculus VR-only update! I’ve got a DK2 at home and a CV1 at work. I’ve got an HTC Vive on the way. Star Squadron’s roots come from the Dreamcast game Armada, but I’ve always wanted to see how it looks in true 3d.

First, thank you for your interest in Star Squadron. Star Squadron is a project I started 9 years ago, based on a game I played extensively with friends on the Sega Dreamcast. That game was Armada. For those of you who have played it, you’ll know why I chose to make a spiritual successor. For those that haven’t, well, I hope I can do the original justice by bringing the gameplay and graphics into the 21st century.

What is Star Squadron

Star Squadron is a top-down, action RPG set in space. Players battle The Swarm, an unrelenting force that came through Pandora, our portal to another galaxy.

Gameplay is frantic, skill-based, and fun. You're dropped right into the fight with the weakest ship and the poorest of weaponry. Each time you blast a foe you level up, making progression instant. Every set of enemies leads you to an even greater adversary. When does it end? Does it end?

Star Squadron is being designed and programmed by John Rockefeller, alias Focus on Fun Games. Its game engine is Unity. The music was produced by the highly talented Geistweiss.

Future platforms could be things like Ouya, Razer Forge TV, and Android.

Star Squadron should run with pretty much every game controller which supports XInput (and even some that don't). There is a known issue with Xbox One controllers over wireless. 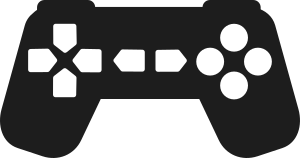 These features are not set in stone. Each idea may be modified or scrapped all together before making it out to players. The goal of this section is to give players an idea of where the game is headed, development-wise.